On the Trail of Lubbock’s Rich Panaderia History

There was always a small piece of Pink Cake left at the bottom of the brown paper bag that the pan dulce came in. Reaching my little hand into the bag, I always snuck a piece, and that small piece would be just enough to satisfy me as a child. It took hours for me to finish off an entire slice because of the sweetness of it. I never realized until just recently, now into my late 30’s, that sweetness had a purpose. It was meant to be savored. It was meant to last. Pan dulce was meant to take time to eat, to savor, to enjoy the company that comes with each special occasion for the traditionally Mexican sweet treat.

It did come as a little bit of a surprise when I made my way to Wolfforth recently for Conchas. Finding the once reclusive treats now at a coffee shop across from the Frenship High School football stadium. As a child, Conchas were mainly found at specialty shops and small markets. This was during a time of Alberston’s Supermarkets. United Supermarkets were not yet the Market Streets they would eventually become, it was pre-Amigos Supermarket. During the early 90’s we had Fiesta Market in Parkway and it was one of only a few places where pan dulce was found. Every so often we would be lucky enough to find it at the Flea Market on Texas Avenue and there was always Jimenez Bakery downtown.

Today, however, pan dulce is as much a part of the Lubbock landscape as chicken fried steak and cowboy boots, biscuits and Prairie Dogs, brisket and tumbleweeds.

The newest kid on the panaderia block isn’t necessarily a panaderia but don’t tell Destiny Adams, the owner of Tumbleweed and Sage Coffeehouse, that. “It wouldn’t be Saturday unless we went to la panaderia,” Adams says. That influence is evident when you walk into the bright shop and your eyes go directly to the display cases filled with the vibrant colors of bright pink Conchas and the red and greens of Polvoron Sandia cookies.

What brings many flocking to the busy little shop and having many people across the social media twitter-sphere saying, “I’ve never seen that,” is a fresh Concha stuffed with homemade whipped cream and strawberries and drizzled with your choice of white or dark chocolate.

The shop also offers a variety of drinks inspired by the classic treats such as a DelaRosa Latte and a cinnamon drink inspired by the famous Mexican Wedding Cookies. Aside from her childhood Saturdays in Lubbock, her inspiration also comes from working in a coffee shop in San Antonio for many years. “It’s chemistry, it’s alchemy,” she says. “It makes you feel [like] home.”

Although infusing her own young flair to a classic, she understands the importance of respecting where those flavors come. The heritage of pan dulce in the Hub City runs deep and down the way off the Marsha Sharp Freeway, past the newly minted strip malls of Milwaukee Avenue, passing the new hotels popping up like Prairie Dogs off the highway, to the heart of Lubbock and the historic 34th Street.

Tucked away on 34th Street one can find a panaderia that, although only now two years old, has gained a following. When I walked into Mi Panaderia they were already almost sold out by 8:00 am. “We’ll have fresh bread at 11:00,” a young woman tells me as a couple flocks in to load a few brown paper bags with an assortment of what’s left which include conchas, pink cake with sprinkles, donuts, churros, and a large basket of bolillos that seem to be anchoring down the place at the center of the building. When I returned later that morning they were filling a fresh batch of bread and more people were coming in to snatch them up as they hit the racks. According to workers, the breads that keep rolling off the shelves and keep people returning are the pink cake and the bizcochos or, as Texans know them as, Mexican Wedding Cookies.

Grabbing my pink cake and bizcoshos I had already received a notification on my social media about another place I had never heard of. I google the direction and, to my surprise, is a short drive down the street and I make my way to Cesiah’s on 34th Street.

Cesiah’s Panaderia is located in an older strip mall that I had probably passed many times but is easily overlooked. Their clientele, however, see it differently.

“We have had the same people coming in day after day, year after year,” a worker tells me as she hurriedly helps a customer filling that familiar brown paper bag of pan. Outside of the display case is piles of conchas waiting to make their place in the case.

Cesiah’s has been in its location for more than fifteen years according to the baker. They started off small with just a little display room with a few tables for people to enjoy the pan dulce. They now occupy another part of the strip mall and stripped down walls where a small market selling many Mexican goods now sits. The display cases of pan now take over an entire wall in the market and are continually filled to satisfy the needs of their customers.

The panaderia is famous for its Maranitas which is a gingerbread-like cookie in the shape of a pig. They also make Tres Leches Cakes to order and say they are continually making cakes for birthdays, anniversaries, and quinceaneras. The cakes come in ¼ sheet, half sheet, and full sheet.

But don’t just stop with sweets at this local spot, a secret item they told me about is a sandwich they make out of the fresh breads. It is topped with chipotle, ham, cheese, and chorizo. I would have ordered one right then and there but, alas, there were two more stops on the trail.

A few days before my panaderia tour of Lubbock, I had the opportunity to speak with Leo Ramirez at a kiosk at the National Flea Market on Clovis Highway. As people swarmed around the case for some Maranitas and Pink Cake, Leo told me that they sell out every weekend at the flea market.

“We get all different kinds of people,” Leo said. The kiosk at the flea market is open only on the weekends but their main location is in a colorful building on 19th Street inside of the family-run restaurant.

Taqueria Guadalajara has been a part of the Lubbock community for more than twenty years. The panaderia offers fresh bread on the weekends beginning at 9 am where they sell out of their most popular item, the conchas. Throughout the week, however, you can still buy the breads at an extremely discounted rate. Recently, when the inspiration for this article was birthed, my friend Greg and I were having lunch for the first time there and were surrounded by the colorful murals of the building. Sitting at the center of our table was a bag full of pan dulce that he purchased for only a couple of bucks.

The panaderia also has a convenient drive-thru that can be beneficial for those on the go and one may want to take that option because the most famous panaderia on the trail is just a short drive away in Lubbock’s now flourishing downtown.

Baked fresh everyday Jimenez Bakery has been in existence for 52 years. Martha Jimenez, the current owner, says that people stream in and out, day in and day out, for the Calabaza Empanadas which is a single baked pie with pumpkin filling.

The bakery was started by Martha’s father and she says there has always been a loyal following. The business has survived for half a century of downtown Lubbock being an active bustling part of the city, to the many years of neglect, to now a resurgence. Their reputation throughout the years, however, have held strong.

“The Marble Cake,” Martha laughs through her protective Covid-19 mask from a distance, “my customers will not let me not have it. I have to make sure I have plenty of that every day.”

Lubbockites may not even be aware that they have been devouring some of the fresh goods from Jimenez Bakery at other restaurants for many years. The bakery once supplied many locally known restaurants with buns and fresh breads for decades.

“At one point everyone abandoned the downtown area but they [Lubbock] never abandoned us,” Martha says from downtown on Lubbock’s famous Cricket Avenue. “People come from all over for our empanadas,” she says taking a brief moment to talk to me. The moment is all too brief because soon a couple comes in to order a dozen of her pumpkin empanadas. “See,” she says proudly filling a bakery box with the goods, “what did I tell ya?”

My panaderia tour of Lubbock ended at Jimenez Bakery and what a great place to end it as Martha told me stories of how much the place means to so many. She told me of designing wedding cakes for families and now those families are bringing in their daughters for their wedding cakes. Each story reminding me of the times when I was a child and would watch the grown-ups sit around a table with their cafecitos and calabaza empanadas while discussing the past with such reverence you swore they were back there; in North Lubbock, on the rancheros, in the church halls, working the fields, or even packed in little school lunches..

No matter where in Lubbock, pan dulce was there.

James Villanueva is the author of the Young Adult Novel, “Flick,” and the historical book, “Remembering Slaton, Texas: Centennial Stories 1911-2011.” His writing has been featured in various publications including Texas Monthly Magazine, The Atlanta Journal-Constitution, and the Sacramento Press. His writings have been nominated for various awards including the School Bell Reward for Educational Journalism and the LAMBDA Literary Award. He has also participated as a guest panelist for the world-renowned AJC Decatur Book Festival in Decatur, Georgia. James is currently owned by a miniature dachshund named Oliver and teaches creative writing and journalism in Lubbock, Texas. 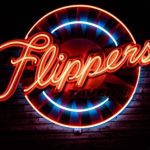 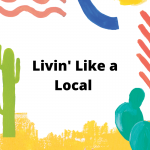 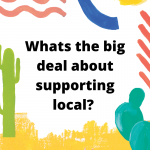